The upcoming exhibition is a monographic presentation of the works of Maurizio Buscarino, one of the most respected Italian photographers associated with the theatre stage. His archive — an impressive testimony to the achievements of the second half of the 20th-century theatre — documents the oeuvre of Tadeusz Kantor, Jerzy Grotowski, Eimuntas Nekrošius, Odin Teatret, the Japanese Bunraku, as well as the amateur theatre of anonymous prisoners. 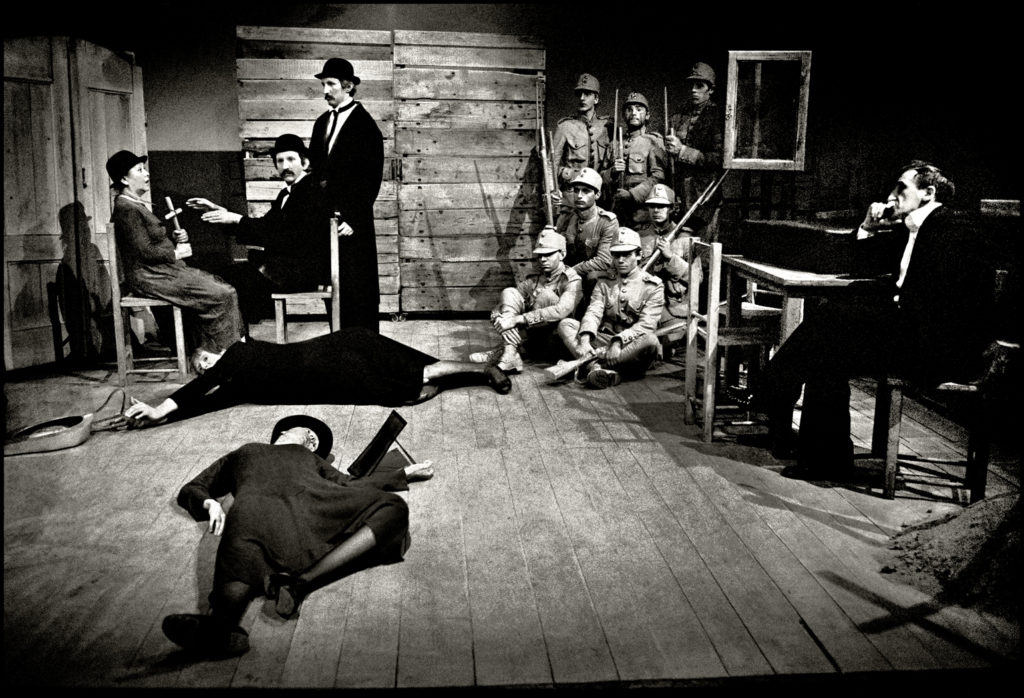 In 1978 in Milan, Buscarino saw Kantor’s The Dead Class for the first time. Since then, he has accompanied the Cricot 2 Theatre until the end of its activity, making it a central theme of his photographic art.

Besides documenting subsequent performances of Cricot 2, the artist has created his own aesthetic canon. His photographs — full of empathy and understanding for Kantor’s theatrical visions — are an expressive black-and-white record of the emotions created by the group on stage.

The “Comedians!” exhibition is entirely devoted to Buscarino’s documentation of Cricot 2. The display includes a selection of about 200 photographs from the artist’s archive of 12,000 shots taken during rehearsals and performances. Buscarino, adhering to traditional methods of taking and developing photographs, processes all the prints himself at his studio in Poscante near Bergamo.

Maurizio Buscarino will participate in the official opening of the exhibition on 6 September 2019.

Patronage: The Institute of Italian Culture in Krakow

The project was co-financed by the Ministry of Culture and National Heritage from the Fund for the Promotion of Culture.