What happens when the artwork becomes a novel?

Talking to Joanna Zielińska and David Maroto at the presentation of the project The Book Lovers at the M HKA.

Why did you both start The Book Lovers?

Some years ago, David was working on an art project in the form of a novel, called Illusion. As he was writing it, he realized that there were other artists who also produced novels as part of their visual art practice. He made a small list of titles he knew. It was through his encounter with Joanna that the research became more systematic. The list went growing and the idea to organize a collection of artist novels seemed a logical step to take.

What is your aim with the project?

As far as we know, there hasn’t been done any systematic research on the subject of artist novels. There are some loose articles published, and some spread idea of a current narrative turn in the visual arts. But our project is far more specific. It is not about artist books, or artist writing in general. We want to be quite narrow in the definition of the object of our research, which is novels written by artists. By a novel we understand a piece of narrative literature of a certain extension, in which the story is driven exclusively by textual means. It doesn’t need to be in the form of a regularly bound book, although this is the more common form that we are finding.

What is the personal link you both have with literature?

Joanna has been always interested in different modalities of narratives and performativity, and how these could be implemented in the visual arts. In his practice as a visual artist, David has been always more influenced by writers than by other artists. The relation that the reader has with the writer through the novel is something that we find interesting to apply in the relation that the viewer has with the artist through the artwork.

You have noticed that an increasing number of visual artists use the format of literature as a means. Doing your project you pose the question if indeed one could call it a new phenomenon in contemporary art. Did you already find an answer to that question?

There are a number of artists who wrote novels in the 20th Century. And even before, like for instance William Morris (1834-1896). But it is in more recent years that some artists don’t merely write novels as an activity aside their visual production, but consider it part of their art practice. In other words, some artists simply write novels, whereas some others are more aware of the creative possibilities of the novel when used as an artistic format, as valid as video or performance, for example.

Have you got an explanation for this phenomenon, the fact that more and more visual artists write books?

These artists are focused on process; they are looking for a protracted engagement of the viewer with their work. Their creative strategies are opposed to the predominant conventions of art institutions. We are experiencing some difficulties to show the visual projects built around those novels in the upcoming exhibitions that we are preparing. It is as if it would be necessary to redefine the role of art institutions and the way they show a sort of art that is eminently discursive, rather than interested in one-line statements. We also detect this institutional inadequacy to show an art that aims at the creation of (narrative) knowledge and its public distribution. This said, we see artist novels as a historical consequence of relational aesthetics rather than of conceptual art, even though the creation of works that are purely textual might lead to think otherwise.

In a text about the project, you mention Henry Darger. Can you tell something about him and about his work?

Henry Joseph Darger (1892-1973) was a self-thought artist and writer. He is one of the first examples of artists who connect both their writing and visual production within the same creative project. Both are radically linked and complement each other. He wrote two novels, of 15.000 and 8.000 pages approximately. They were the engines that gave way to his drawings, paintings and collages.

This is a complex issue, full of nuances to consider. Authors belong to a professional literary world, a system built according to its own inner laws and unspoken rules, which regulate the economic, social and creative functioning of the system within normalized parameters. Visual artists, as long as they are outsiders of that system, are not subjected to those rules and their approach is thus better positioned not to walk the beaten tracks of literary production. They are more prone to experimentation and risk, and this circumstance can give way to paradoxical situations. Whereas some artist novels are fascinating art projects, their literary quality might be more problematic. This invites to a reflection on the re-skilling of the artist. During the 20th Century, art history evolved parallel to a progressive process of de-skilling, so that eventually the artist doesn’t need to be able to make their own work. It’s enough with having good ideas and having others to realize them. Confronted with the challenge to write a novel, which requires a different creative process, artists make use of diverse strategies to solve this question: sometimes they write the novels themselves, some others hire ghost writers, some others write collectively, or they invent fictional authors, and so on.

David, you yourself are a visual artist and wrote a novel. How come and what is in your case the link with your visual work if there is one?

I’ve been working with narratives for a number of years. This gave way to a body of works such as video animations, leporellos, narrative installations, sound pieces, and so on. There was a point in which I considered the possibility to go for the ultimate narrative form, and I decided to write a novel. First, I extracted all texts from my art pieces, after stripping them from their visual and sound components. With all those loose, unconnected narratives I composed Illusion, so that the novel is actually a patchwork of preexisting texts. The challenge was to use those materials to create a coherent storyline, with characters, and so on. It is thus a patchwork, but the seams between the fragments have been erased, so that there are two ways to read Illusion: as a regular novel, or else, as an art project, in which each passage relates to a work that belongs to a whole constellation of pieces, which resonate in the reader’s mind with their sounds and images, expanding in this way the reading experience beyond the space of the page.

After I finished Illusion I realized that the publication of the novel wasn’t the end of the project, but rather the beginning. A novel only exists while it’s being read. I moved my interest from the writing process to the reading process as a performative act. I am now focused on projects with a participatory element, which take the simple act of reading as its base.

Can you give a few examples of novels in the collection by other artists that strike you especially and tell something about them (why so funny, important, striking …)?

Headless, by Swedish artist duo Goldin+Senneby, is a detective’s novel. It hasn’t been written at once, but the artists release the chapters one by one. Every time that there is a new chapter printed, it triggers a public event where it is presented. This can take the form of a public interview, a performance, the opening of an exhibition and so on. Whatever happens during such events becomes fictionalized as the narrative matter of the next chapter. Real people who happen to be present might thus become characters in the next instalment of the project. Anything that happens that evening is liable to be mixed within the fabric of the novel’s detective plot. This entanglement of reality and fiction is perhaps the most fascinanting dimension of this project. Diverse layers of reality and fiction on various degrees overlap constantly in Headless.

The Marque of the Third Stripe, by Alexandre Singh, is part of another complex, multilayered and multidisciplinary art project. For example, the second half of the book is a dictionary in which each word used to write the novel has been translated into a visual code. Alexandre’s installations are built around a video translating the story into patterns of hieroglyphs. The sound track consists of a series of voices that read the novel, while in the screen each uttered word corresponds to its visually codified pattern. Each chapter is read by a different female, Portuguese actor. Since the novel connects the different chapters in a story-within-a-story structure, the video installation repeats this Russian doll-like procedure with a continuous zoom in, discovering new patterns within the patterns.

Rape New York, by Spanish artist Jana Leo, begins with a rape in the author’s own apartment. In words of the artist herself, this experimental autobiographic novel defies traditional rape narratives by exploring the complex relationship between domestic violence, urban planning and a corrupt property market. In 2009, Jana Leo exhibited a project also called Rape New York in a New York City gallery, which was an open archive. It consisted of photographs from her emergency visit to the hospital, police reports, crime scene photographs, notes from her therapist, as well as records from the civil suit and other assorted items and documents related to the rape and the legal case that followed. To Leo, the archive is a necessary investigation into the disruption of [her] close memories. Rape New York is a raw, deeply personal work, but also a fully public endeavor, in which the artist asks the viewing public to reexamine in clinical detail her own harrowing experience. 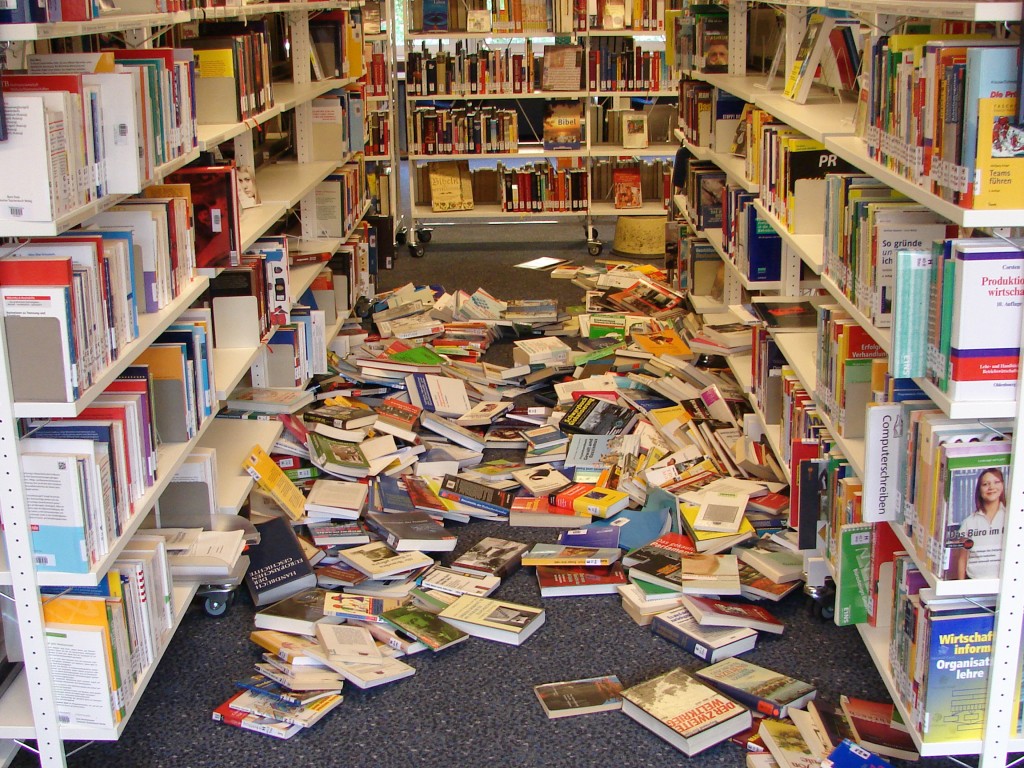