Originally, Drama Queens had the character of a theatre performance. In this ‘object drama’, which here is shown as a film, we find Elmgreen & Dragset’s typical sense of humour. A group of well-known 20th century sculptures deliver laconic on-stage monologues, and discuss such topics as the likely prices they might fetch at an art auction. Scripted by Tim Etchells, the various sculptures are voiced as shorthand versions of their artists. Giacometti’s Walking Man speaks lugubriously in a Swiss-Italian accent of his need to find a Garbo-like solitude; Barbara Hepworth’s Elegy III is forever gasping for a fag; Ulrich Rückriem’s Untitled (Granite) demands beer and says ‘Scheisse’ every other word; while Jeff Koon’s Rabbit rushes around manically trying to persuade everyone else to party. Amidst the welter of conflicting ideas, Jean Arp’s Cloud Shepherd tries to make common cause with Elegy III, but you know it’s a desperate move. After half an hour of ‘my way is better than yours’, the denouncement, involving a cameo by Andy Warhol’s Brillo Box, is particularly satisfying. (The Guardian, London)

Credits:
a play by Elmgreen & Dragset
text by Tim Etchells 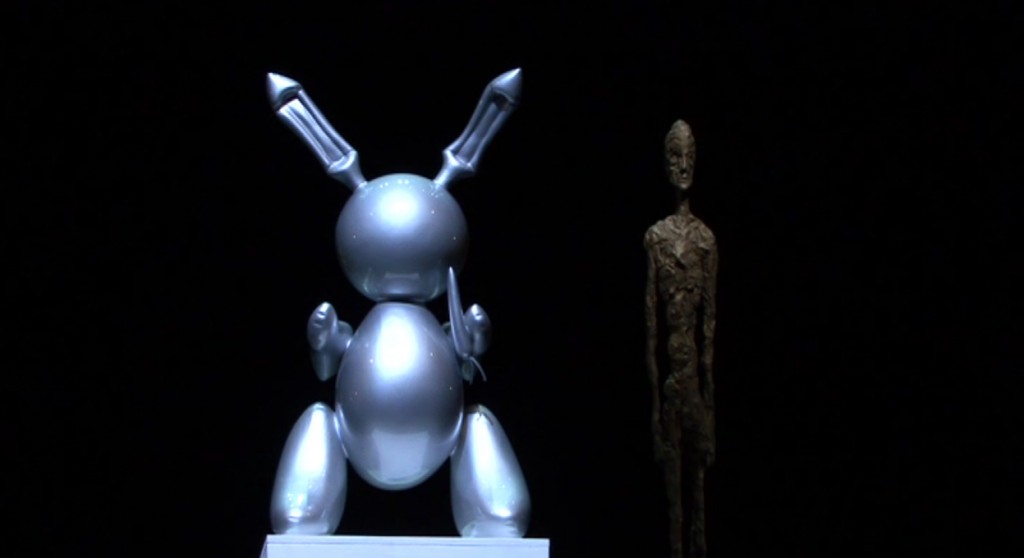 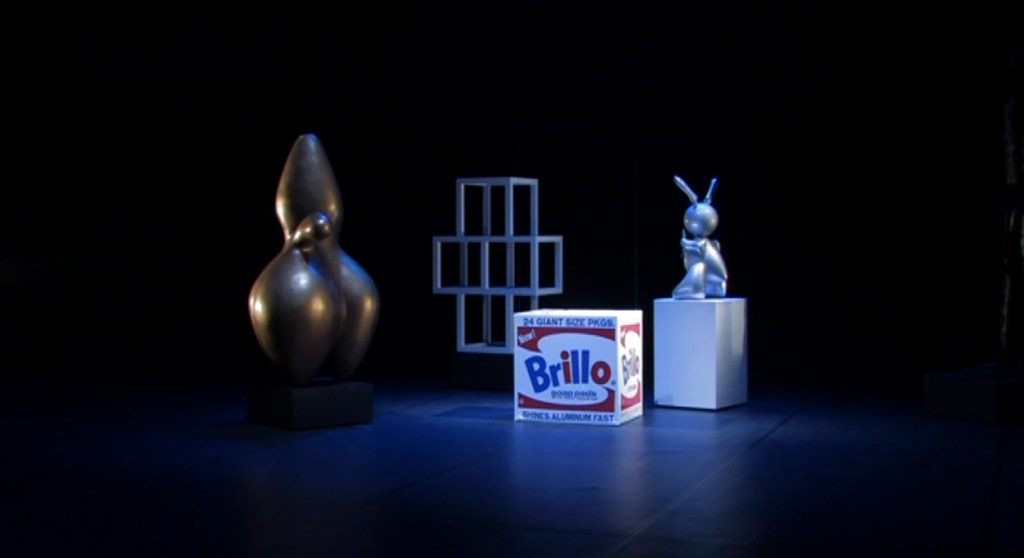 Michael Elmgreen (b. 1961) and Ingar Dragset (b. 1969) have been working together since 1995. Their collaboration has redefined the way that art is presented and experienced. They cover such diverse areas as institutional critique, social policy, architecture and theatre. Their sculptures are noted for their trademark: a subversive sense of humour. In 2005, they created a Prada boutique in a desert in Texas. Their major installation The Collectors, at the Nordic and Danish Pavilions, was the most talked-about work at the 2009 Venice Biennale. As part of the 2011 New York Performa 11 Biennial, the artists showed a theatrical spectacle inspired by a play by Samuel Beckett, entitled Happy Days in the Art World. Their works have been exhibited at the Serpentine Gallery (London 2006), Tate Modern (London 2004) and the Kunsthalle in Zurich (2001). In 2009 they were awarded Special Mention at the Venice Biennale.