Cricoteka, for the first time ever in Poland, presents such an extensive selection of documents and works associated with the artistic and choreographic output of Oskar Schlemmer. The key element of the Schlemmer part of the exhibition will be a selection of close to eighty pieces of the rich (today counting over 60 thousand) photographic documentation of the Bauhaus Archives in Berlin. The photographs are predominantly an illustration of the Triadic ballet and Bauhaus Dances, as well as several other of the artist’s stage realisations. 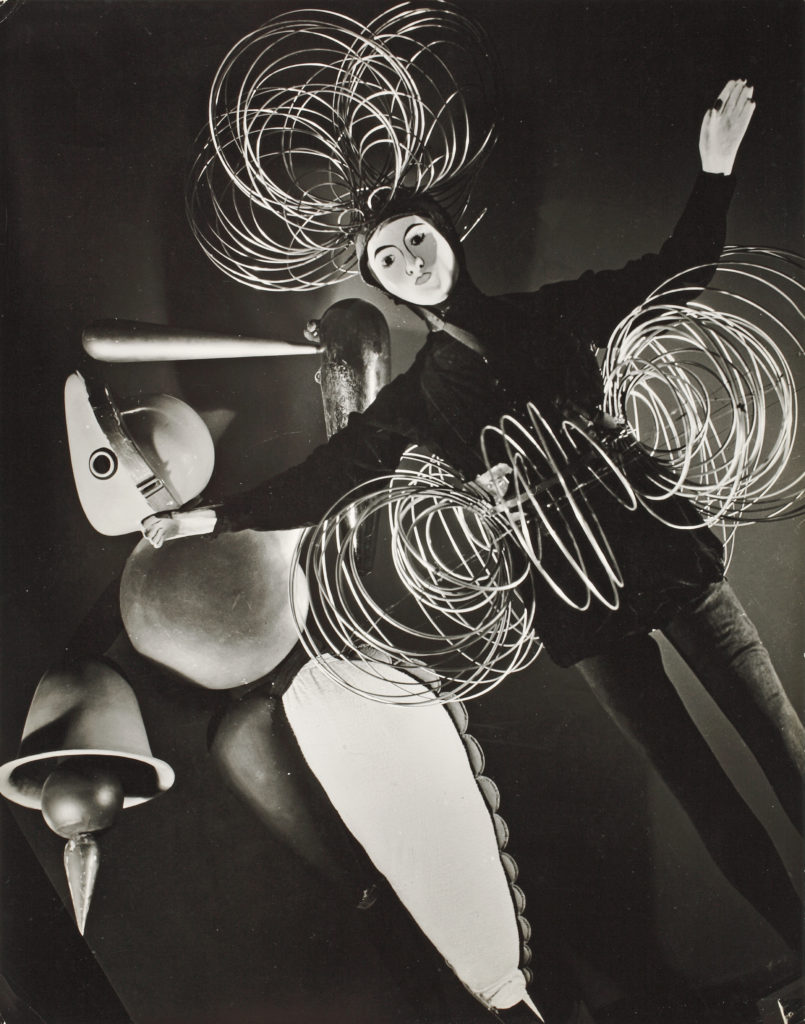 The documentation approximates both the shape of the original stage works, as well as the artist’s theoretical concepts at their foundation. It is also possible to see the film reconstructions of both the Triadic ballet and Bauhaus Dances as part of the exposition.

The creative work of Oskar Schlemmer was a significant point of reference for Tadeusz Kantor. He remained under its influence particularly during the 1930s and 1940s, when shaping his artistic beliefs. At the time he was interested in issues that were close to Schlemmer, associated with the body, movement, space, transformations of human figures, the image of “man as the impersonator of spiritual and bodily events, from naiveté to reflectivity, to naturalness, to falseness”. These ideas proved to be unusually provocative for Kantor also later on. Through dialogue and recurrent negation, he would return to them throughout all the stages of his creativity.

At the Schlemmer | Kantor exhibition close to forty of Tadeusz Kantor’s drawings and paintings associated with the creativity of Oskar Schlemmer have been presented. The earliest of these were inspired by works of Schlemmer, Bauhaus, as well as Russian and German constructivism. The Schlemmer | Kantor exhibition also corresponds to the permanent Tadeusz Kantor exhibit presented in the neighbouring exhibition space. Its third opening has been dedicated to the motif of the marionette. The theatrical objects displayed at the exhibition embody the palpable tension between the live actor and his mock-up – which is suggested by the relationship between Kantor’s work with the Triadic ballet. Goplana and the Elves, from the 1980s, attracts particular attention in this context, which refers directly to the artist’s fascination with the Bauhaus, as well as the constructivist installation of eight wooden Pillories from the spectacle Let the Artists Die (1985).

The annex to the Schlemmer | Kantor exhibition is the exposition of Tadeusz Kantor’s drawings at the Gallery-Workshop at 7/5 Sienna Street. Aside from earlier set decoration designs, Kantor’s metaphorical drawings, as well as unique sketches of characters “enlarged” by a window or chair, are also on display.