The performance Ice-Doctrines – Variations on Nazi Rhetoric has been specifically created by the group with the intention to raise awareness and increase sensitivity in the younger generation for the dangers of hate speech and to teach them how to recognize the elements of hate speech in today’s everyday discourses.

Ice-Doctrines provides an unusual aesthetic representation of the Holocaust by focusing on the perpetrators instead of the victims, more specifically, on the language use and ways of thinking of the criminals. We concentrate on the linguistic propaganda which the literary scholar and Dresden survivor Victor Klemperer called LTI (Lingua Tertii Imperii – the Language of the Third Empire), and which was capable of poisoning the minds of masses of common people, turning them into murderers or collaborators of murderers. 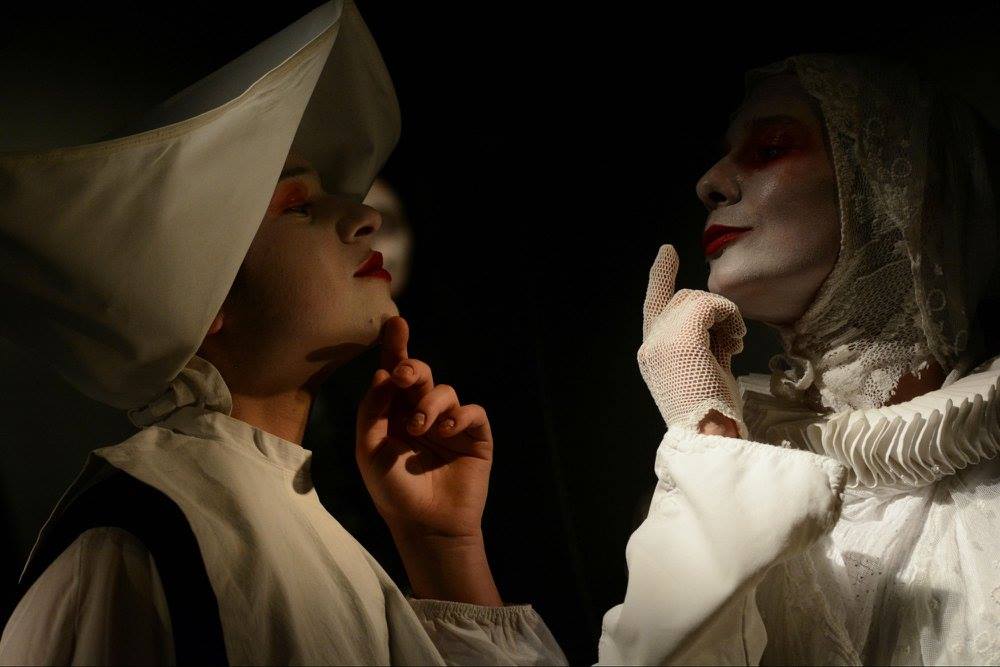 Ice-Doctrines is played with a special open dramaturgy: every single performance observes the opinions of the public, because each one is based on a sociological questionnaire completed by the audience before the performance starts.

We have been performing the Ice-Doctrines with great success in Hungary (Szeged, Budapest, Pécs, Kiskunhalas) and Serbia (Novi Sad) but we would like to bring it to other university cities and the wider European public as well.

We already involved Hungarian and Serbian experts of the topic in a conference at Budapest, Szeged, Novi Sad (Ice Doctrines – or the Banality of Evil conference: Zoltán Gyenge, Gábor György, András Czeglédi philosophers, Gyöngyi Mikola-literary scholar/critic, Gyula Lencsés, Marija Vasic sociologists, Zoltán Perovics) where we discussed topics on the basis of the performance, how the theatrical project and the experience of the performances could be built into the university syllabus for further analysis and interpretation.

It would be especially important for us to measure the effect of this performance on audiences in other cultural contexts, both in Western Europe, where the processing of the heritage of the past is much more advanced, and in East and Central-East European countries, where we find a historical and cultural scene similar to ours.