Undoubtedly, the stars were in favour of Tadeusz Kantor, born at high noon on 6 April 1915. 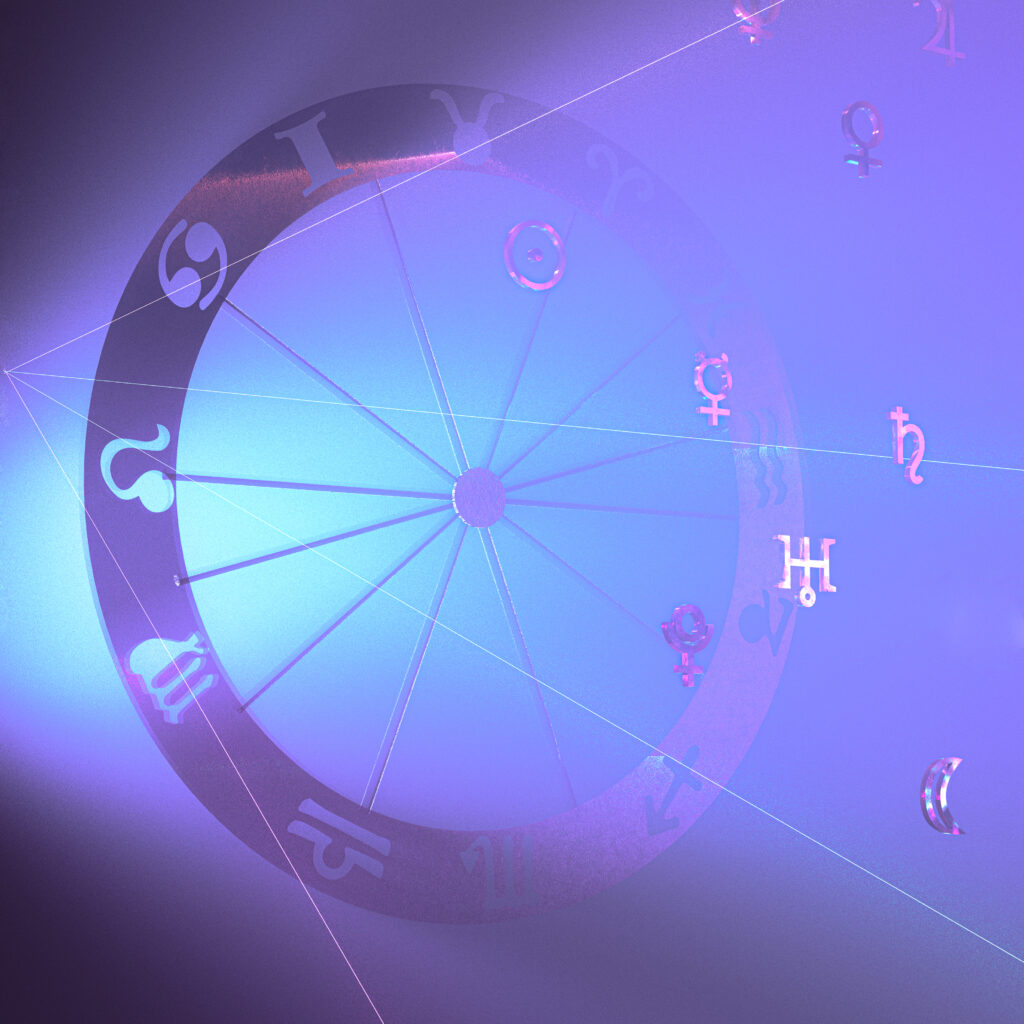 Undoubtedly, the stars were in favour of Tadeusz Kantor, born at high noon on 6 April 1915. After all, they marked out for him a truly stellar career. In connection with this date, Janina Kraupe, a painter with esoteric sensitivity and associated with the Cracow Group, drawn Kantor’s radix – his birth horoscope.

Several decades later, the radix will be re-read by Mateusz Świderski. This is not an accidental inspiration, as the two shared a family relationship. Świderski’s interpretation of the horoscope contains everything that was characteristic of Kantor’s life and work. He noticed, among other things, that Jupiter’s position refers to the reflection on death. Was the path of Kantor’s life and art really written in the stars? Reaching to the words of Cassius from Shakespeare’s Julius Caesar – “It’s Our Fault Only, Not the Stars”.

The birth horoscope will become the starting point for creating an intermedia installation by Świderski, which will be placed in a particular context – Kantor’s Gallery-Workshop, where he spent the last years of his life. This action will be an intervention in the area of an already existing exhibition expanded with astrological connotations. The project, which will last four months, will be accompanied by a constant process of change. Depending on the current alignment of planets and subsequent aspects of Kantor’s horoscope, Świderski will change the arrangement and meanings of the installation. It will be created in relation to three scenographic objects from Kantor’s last, unfinished performance Today Is My Birthday. It will be both a tribute to the theatrical practice of the creator of the Cricot 2 Theatre and a proposal of its reinterpretation. Kantor is the author of the concept of the bio-object, i.e. the combination of an object and an actor based on the principle of anatomical extension. Świderski, on the other hand, starting from Kantor’s bio-object, will create an intermedial astro-object in which he will combine scenographic objects not with a living body but with the form and meaning of the radix drawn by Kraupe, in a way bringing these elements to life.