In Central and Eastern Europe, the legacy of the experience of communism is still clear; one might even venture to say that its intergenerational trauma continues to this day. The observation of it is particularly absorbing in the context of the socialist “new man”, of which Homo Sovieticus was the ultimate emanation. “PERFECT MAN” explores what remains of it in contemporary post-communist societies – primarily addressing the concept of the perfect body, subordinated to the political rigor of the mind in the service of socialism.

Referring to the memory of the body, the legacy of trauma and the intergenerational archive of violence, the project becomes a look at the characteristics of Homo Sovieticus and its residues in present-day capitalist man. Through the practices of new choreography, spectacle tries to capture the performatics of movement of Homo Sovieticus and find points of commonality in contemporary bodies in a generational perspective. The perspective from the position of a non-normative and non-binary body allows to critically examine ideas of the old “new man” Homo Sovieticus and its remnants in contemporary representations of the body treated as a product and medium of happiness. 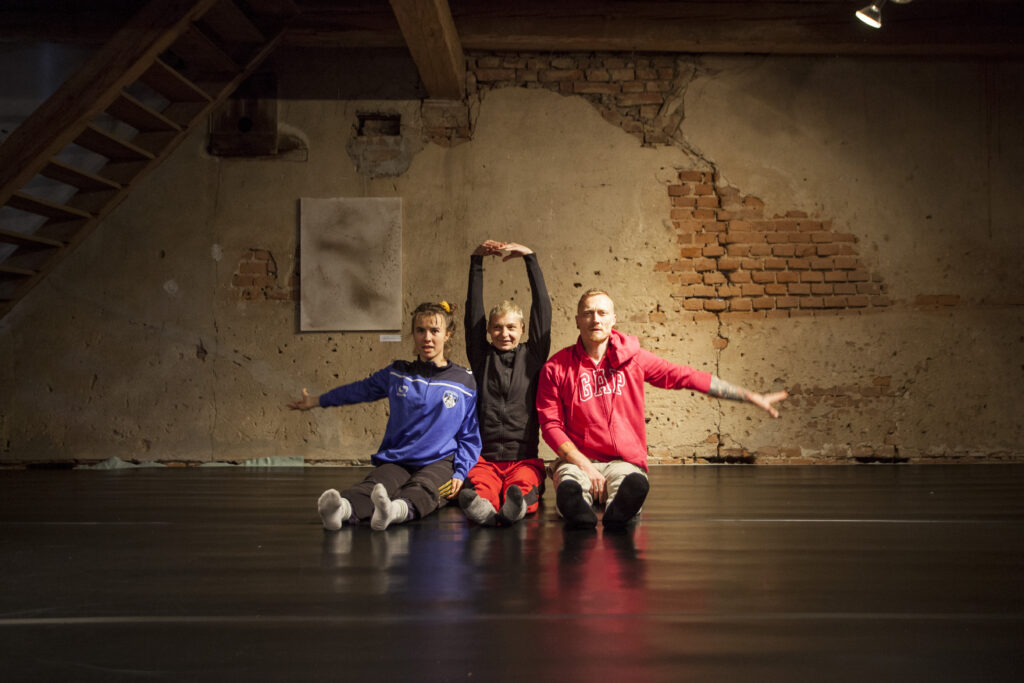 ← Goplana and the Elves
“UWAGA” – Performance of the O.de.la Theatre →