Objects and costumes must be works of art, not decoration which is discarded once it has been used. This is what makes the Cricot 2 Theatre a unique and purely artistic phenomenon – Tadeusz Kantor

Private is an unorthodox large-format installation putting on display Tadeusz Kantor’s theatrical costumes from the Cricoteka Collection. This context-based show reveals the total creator Kantor was, developing theatrical situations by building up tension and an individual approach to characters, forms, and meanings.

The point of departure for the exhibition is a novel perspective on costumes as autonomous works of art, deserving to be given the status as sculptures, while being irrevocably connected with actors’ corporeality. Dynamically arranged, the costumes acquire a life of their own. They will narrate the story of Tadeusz Kantor’s theatre of ceaseless motion, of its functioning.

Bogdan Renczyński, the curator and a Cricot 2 actor, defines the eponymous ‘private’ costumes as a theatrical tool closest to the actor’s body, while his involvement with the collection turns into an intimate and emotional story. The curator also intends to create a space for visitors to establish private relationships with the objects. 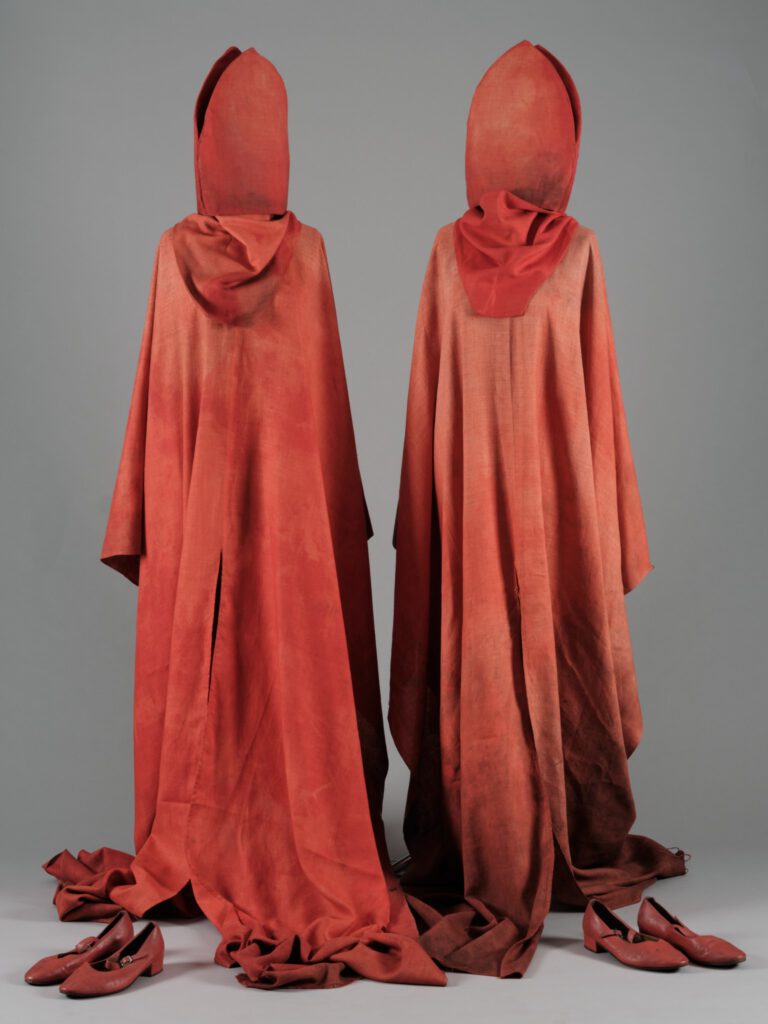 Part of the Cricoteka collection, the costumes have never been exhibited yet. Together they present a review of Kantor’s ideas put into practice in the Cricot 2 Theatre – from performances inspired by Witkacy, via productions staged by the Theatre of Death, to costumes used in his last show, Today Is My Birthday. Included in the exhibition will also be objects that defy the traditional form of theatrical costume – dummies from the Dead Class, a reconstruction of Goplana from Balladyna, and Millionarie’s Boots from Lovelies and Dowdies which can be seen as bio-objects. Unique archive materials and a reconstructed dressing room will also be available to viewers, allowing them to investigate the role of costumes in the Cricot 2 team.

The exhibition will be accompanied by an interdisciplinary educational programme dedicated to a wide public, including the disabled. The exposition space will also accommodate a sewing station for free interpretations and creative actions.

The adjacency of two shows – the permanent one, Tadeusz Kantor. Spectres, and the temporary one, Private. Kantor’s Theatrical Costumes, will offer a unique opportunity to thoroughly explore the work of this director.

Fighting against Clothing – Supplement to the exhibition

A supplement to the exhibition “Private. Kantor’s Theatrical Costumes” is an archival film with fragments of rehearsals for the performance Let the Artists Die, presented in the Cloakroom Gallery (level -1). The excerpts from Cricot 2 rehearsals contribute to the image of the artist in a creative process. The selected recordings allow the spectators to observe how Kantor collaborated with the actors in the making of a performance as well as how costumes functioned in relation to the characters and performance space.