‘…OF LOVE, SPRINGING FROM PAIN AND DESPONDENCY, AGONY AND DEATH.’
A staged lecture on museums, decomposition and dead languages. On the basis of writings by Robert Smithson.
Staged lecture, duration 20 min, Polish and English libretto
Theatre Bagatela, Sarego 7, Kraków

Ventriloquism has been associated with fortune-tellers, the possessed, sorcerers, magicians, mediums and holy men. Before it came to be a form of vaudeville entertainment, it belonged to the kingdom of death. It was believed that the voice which did not emerge through the mouth was as likely to come from the dead as from demons. In the 18th century, ventriloquism became a circus trick, yet it still carried the stigma of a ‘dark practice’.

The ventriloquist evoked both high admiration and fear not so much thanks to his ability to raise a voice from his entrails, as by making the sound appear to be emanating from outside the body: from another person, from a dummy, up by the ceiling, on the other side of the wall, from below the ground. Even as late as the first half of the 20th century ventriloquists (who were exclusively male) were able to hang on to their star status in popular culture. However, proliferation of the radio and the gramophone finally did for the profession  –  the illusion of the voice roused outside the body became commonplace and therefore trivialised.  The chief protagonist of the lecture/ interview based on ventriloquism  – this compromised and archaic form of entertainment  – is the well-known American artist R. S., the author of perspicacious texts on the subject of the decay of language, geology and the ‘Museum of the Voids’. The essays of R. S. were noted for their considerable sense of humour, an irritating self-assuredness and a nonchalant antipathy to the ‘ruins of the Old Continent’, to which he preferred the suburbs of American cities.

The text of the lecture has been assigned to three individuals: a soprano singer (who persists in asking the same questions over and over), a ventriloquist (producing the voice and patiently answering the questions, probably without having genuinely grasped their meaning) and a dummy (a life-like replica of R. S., which shelters the redirected voice). The ventriloquist séance is, on this occasion, an attempt to breathe a ghost into the dusty, avant-garde corpse  –  a new reading of esoteric trash in the spirit of an academic freak show.  Ventriloquism really is for dummies  – in more senses than one. 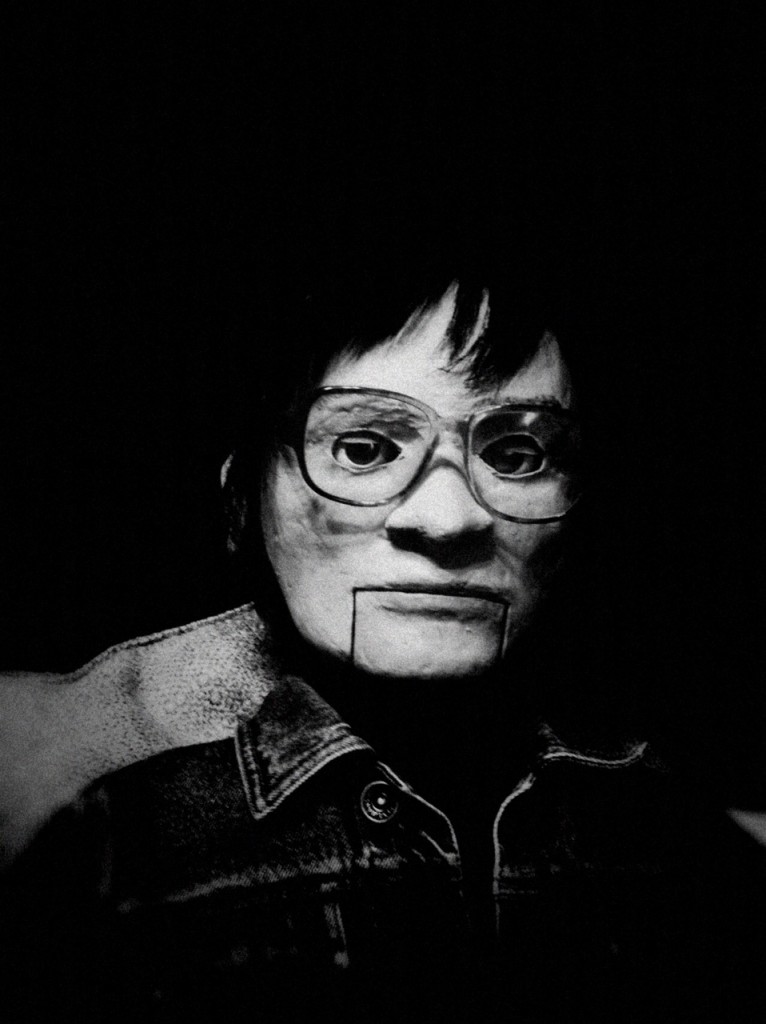 Sebastian Cichocki (b. 1975)  sociologist, curator and art critic. Lives in Warsaw. From 2005 to 2008, director of CSW Kronika in Bytom. Currently Deputy Director at the Museum of Contemporary Art in Warsaw. His focus is on neo-conceptual reflection in art referring to land art and environmental art of the 70s. Curator of numerous individual and group exhibitions, including Monika Sosnowska’s exhibition in the Polish Pavilion in the 52 Venice Biennale and Yeal Bartana in the 54 Venice Biennale. Curated and co-curated such exhibitions as New National Art (the Museum of Contemporary Art in Warsaw);  Early Years (KW Institute for Contemporary Art, Berlin (2010); The Sculpture Park in Bródno, Park Bródnowski in Warsaw (incl. Susan Philips, Olafur Eliasson, Paweł Althamer and Rirkrit Tiravanija,  since 2009). Author of curator projects in the form of publications, e.g., A Cookbook for Political Imagination (2011), Warsaw Does Not Exist (2007) and The Future of Art Criticism as Pure Fiction, an anthology of text exhibitions; a Set of 19 Exhibitions and One Collateral Event (2011), the libretto of the institutional operaSpoken Exhibitions (with Michał Libera, Grzegorz Piątek and Jarosław Trybuś) and the novella The Dogs of Üsküdar (together with Joanna Rajkowska).