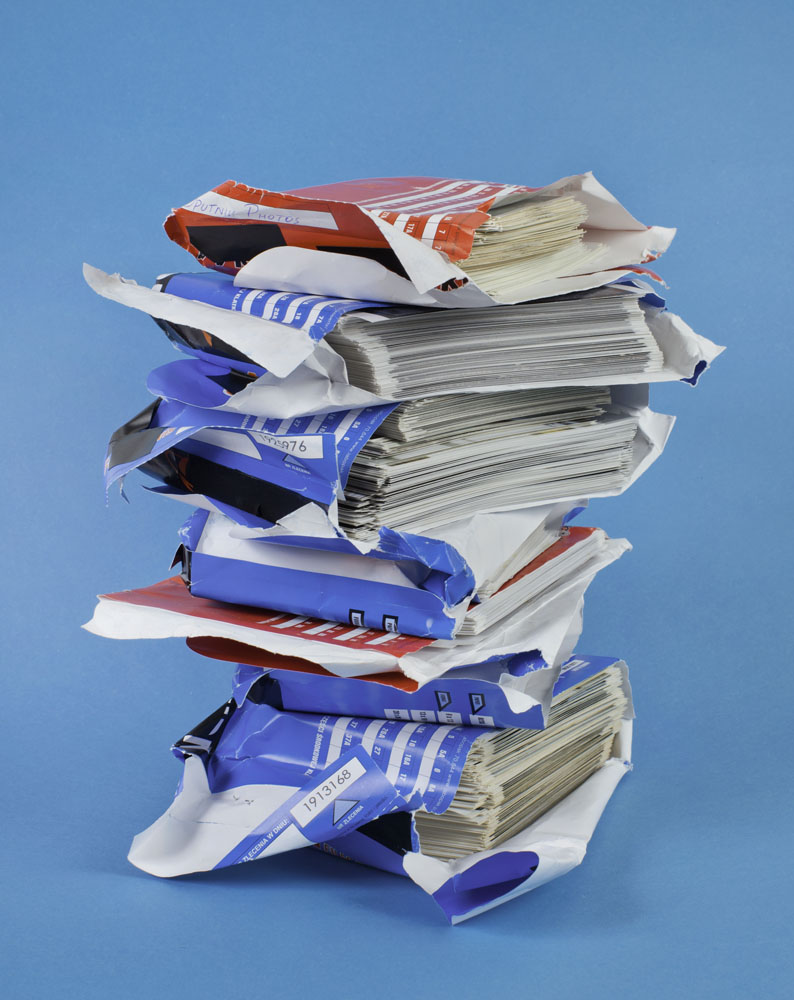 From Tallinn and Riga, via Baku and Tbilisi, to Tashkent and Almaty, from Central Europe to Central Asia—the former provinces of the empire that collapsed 25 years ago cover an area of over five million square kilometers. For eight years, the photographers of the Sputnik Photos collective have documented this area, creating a new, ever-expanding archive of crisis and transformation—an archive of the Lost Territories.

The vastness of the areas can perhaps be matched only by the number of images and texts that have been produced about them—thousands of photographs, books, and films. Before setting off on their journey, the photographers struggle through a thicket of signs. They find points of reference and inspiration, as well as the clichés they will need to confront. They study documents and books, browse through iconic and utterly unknown images, and watch film classics and YouTube videos. Based on the words of others, they build a foundation for their own expression—phase zero of their own project.

The installation Lost Territories. Phase Zero is an attempt to capture the moment in the development of a project when everything is still fluid and possible, when new images start to form out of a cluster of overlapping meanings or interlocking and interacting quotes. It is a model of a small fraction of the complex ecosystem out of which the Lost Territories photographs have grown.

Sputnik Photos is an international association established in 2006 by East-Central European photographers who are brought together by their common experience of the transformation period and a need to tell stories about their region. During its nearly 10 years of activity, Sputnik Photos has organized several dozen photographic shows worldwide, presenting its works in galleries and museums and at photography festivals.

Sputnik Photos is also an independent publisher. The association has published more than a dozen collective publications and monographs presenting the work of both the Sputnik Photos photographers themselves and promising young photographers.

Currently, Sputnik Photos is working on its Lost Territories project, dedicated to the former republics of the USSR.

Paweł Szypulski, member of the Krakow Photomonth Board. Curator and visual artist who works with diverse archive materials. An anthropologist by training, he specialises in critical analysis of textual and photographical personal testimonies.