Objects have a special status in the art of Tadeusz Kantor. ‘In the Cricoteka storeroom there have been gathered all the objects connected to the Cricot 2 Theatre. They have been placed on shelves and protected with canvas. (…) It’s as if all these objects in this ‘memory store’ – having done with their touring of the world – are awaiting their next journey, their new roles,’ wrote Anna Halczak in her text Tadeusz Kantor: Art Objects.* In time, Kantor’s objects were removed from their original context and deprived of their theatrical function. In 1984, the artist founded the Commission of Appraisal and Evaluation in order to protect some of his objects from the destruction that is the usual fate of theatrical props. In the theatre of Tadeusz Kantor objects have always been very important actors in their own right. Selected objects from the Cricoteka collection are presented in a small exhibition which accompanies the project Radical Languages side by side with works of contemporary artists: sculpture by Nathaniel Mellors and an installation by Egil Saebjörnsson. 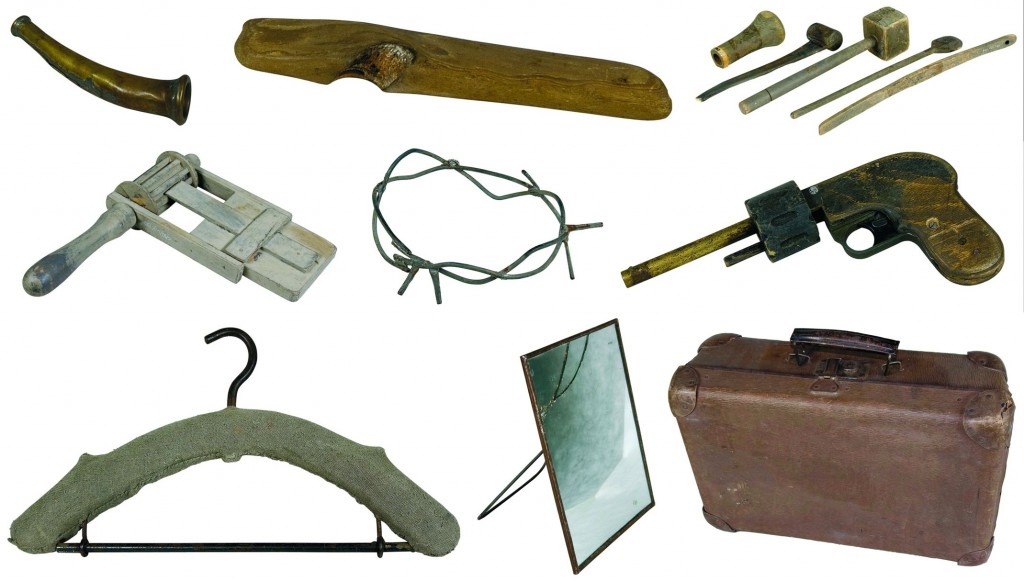 Tadeusz Kantor (b. 1915, died 1990) was one of the most significant Polish artists of the 20th century. He lived and worked in Kraków. Along with his work as a visual artist, he was also involved in the performing arts: he is regarded as a pioneering theatre reformer, influenced by the ideas of avant-garde artists. Kantor was particularly interested in destroying the illusion created by the classical theatre; he set out to do away with the distance generated between the audience and the on-stage situation by opening up the theatre to ‘real life’.  In doing this, he joined the ranks of those 20th-century artists who proclaimed and practised the concept of open art; art transgressing all boundaries. In the course of his world-wide tours with his Cricot 2 Theatre group (originally set up in the mid-1950s), Tadeusz Kantor became world-famous during the 1970s.