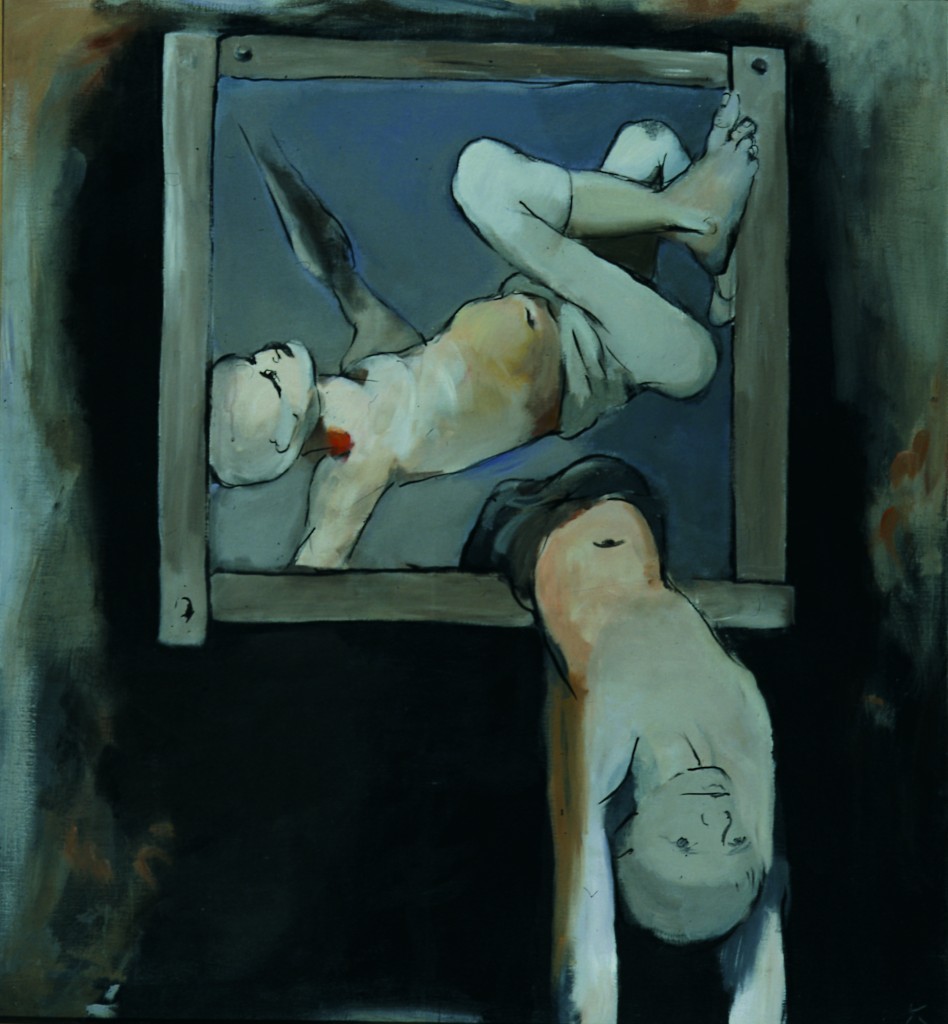 From 6th April 2015 Cricoteka will be presenting another part of a four-part exhibition dedicated to the art of Tadeusz Kantor. Its core are theatrical objects which, complemented by other elements, show the key ideas of Kantor’s theatre. Presented objects, props, sketches and photographs give a complete picture of the subsequent stages in the development of its form. An enormous legacy left by the artist has been enriched with short films that show other realms of his art. Selected props coming from performances and cricotages symbolically allude to characters, scenes and events – both real and fictional. Together with the photographs from the artist’s childhood they reveal mutual relations and points of contact. They present an ever-fascinating and infinite ʻimaginarium of memoryʼ inherent in the art of the founder of Cricot 2 Theatre.

As part of a new facet of the exhibition we will see objects already known from the first part: a model from The Return of Odysseus (Underground Independent Theatre), Bathing Lady (Happening Theatre), Trolley-Hand Cart, Classroom and the stage space from The Dead Class (The Theatre of Death). There will be new works, too. Performances Circus (the rise of Cricot 2 Theatre, 1956) and The Madman and the Nun (Zero Theatre, 1963) will be illustrated with photographs taken by Aleksander Wasilewicz. The stage of Informel Theatre will this time be represented by a reconstruction of a stage object from the performance In a Little Manor House (1961) – object Wardrobe – the Interior of Imagination. Millionaire’s boots and A Monumental Rat Trap will bring back the performance Lovelies and Dowdies as the stage of Impossible Theatre. The ideas related to the Theatre of Death, the last stage in Kantor’s theatrical art, will be represented – beside The Dead Class – by objects connected with the performances Wielopole, Wielopole (the space of the Room of Childhood) and Let the Artists Die (a transformed cliché of memory – skeleton of the Marshal’s horse).

Additionally, each facet of the exhibition is dedicated to a different issue. This time it will be the motif of childhood, which is one of the key motifs appearing in Kantor’s art. The theme is also connected with the centenary of Tadeusz Kantor’s birth, which is due on 6th April 2015. At times the references to childhood are conspicuous and at times they are hinted to by clues left by the artist. The second facet of the exhibition allows you to examine the way in which Kantor created reality by handling scraps of memory and simultaneously decode the stories inherent in the presented objects.

The journey is commenced by The Horse-Skeleton and Trolley-Hand Cart. Regarded by Kantor as autonomous works of art, the objects from the performance Let the Artists Die directly allude to the artist’s childhood and his figure (the character who used to ride in the cart in the performance was ME – when I was 6).

In the stage version of Kantor’s room of childhood from the presbytery in Wielopole Skrzyńskie we get to know the artist’s family circle. Among the objects inside the room there is a wardrobe, which the artist described as ‘an important object in the ROOM OF CHILDHOOD’. At the time Kantor said it he was sure of the role the object played in his theatre and he recalled its subsequent appearances presented in the second facet of the exhibition as well. ‘The wardrobe has become my »l’objet trouvé«. Set on stage (1957) it was the only object that actually played the leading role of a catalyst of many human affairs and secrets. … In 1961 in S.I. Witkiewicz’s In a Little Manor House … it became the sole stage space that was there. That is the whole world.’ We see the first one in a photograph from the performance Circus, while the second one in the form of original reconstruction from 1980s. This is how Kantor sums up the rise of the latter: ‘I have discovered a new theatrical PLACE … WARDROBE. (Children had discovered it much earlier). I named the wardrobe the »INTERIOR« of imagination.’

You will also find references to the artist’s childhood in the object Classroom as well as in the stage space of The Dead Class (The Theatre of Death) and props from the performance.

We encourage you to visit the exhibition by individually discovering the unobvious connections between Kantor’s childhood and his art as represented by the displayed objects. Kantor’ art, abundant with symbols and recollections, incessantly playing with memory leaves a residue of anxiety in the audience – about our present-day lot, our past and future time.

A special supplement to the exhibition of the objects is the show of Tadeusz Kantor’s drawings presented at Cricoteka’s other seat (Gallery-Studio of Tadeusz Kantor in 7/5 Sienna Street). It is also shown in several parts. The first one, titled Little Collections (open until July 2015) presents the artist’s integral drawing series; another one, titled The Era of the Boy will refer to the idea of childhood and memories (on display from August 2015).