Tadeusz Kantor. “The Whole Life is a Theater”. Presentation of frames of paintings from the play “Today Is My Birthday” by Cricot 2 Theatre.

Admission to the Gallery-Workshop and Kantor’s Room is free. 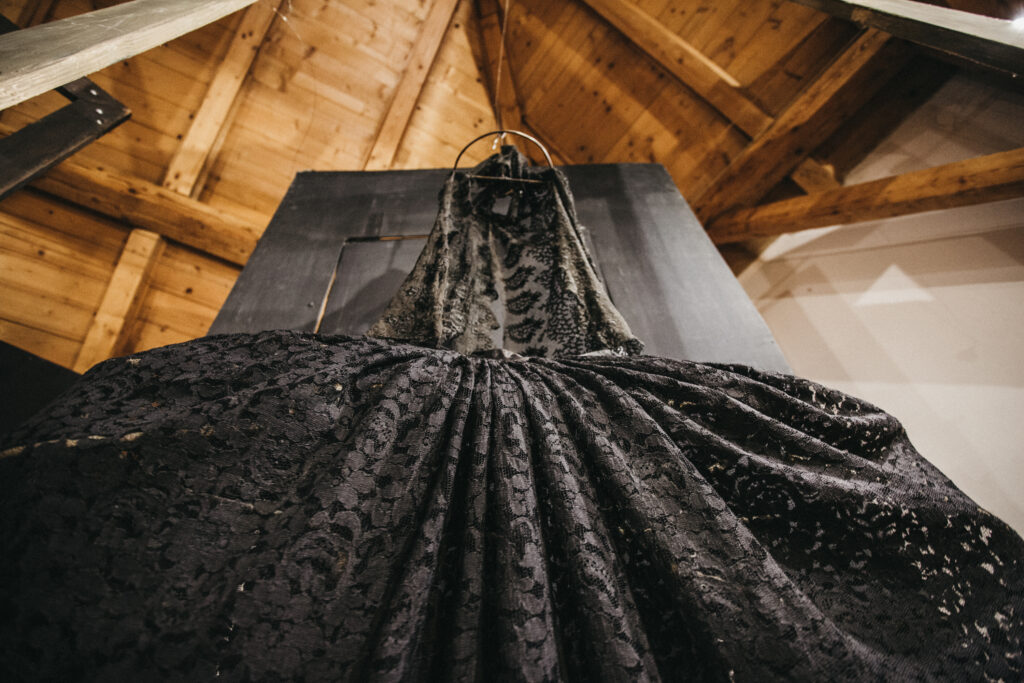 Living in his atelier at 7/5 Sienna Street in Krakow for the last four years of his life, Tadeusz Kantor created his last works of painting and theater.

For the last of them – the performance “Today Is My Birthday”, which was staged in Toulouse in 1991, over a month after Kantor’s death – the artist introduced elements of his everyday environment from the attic room. Among them, three picture frames deserve special attention – wooden easels for large canvases which he filled with acrylic paints. He used these frames as a theatrical stage on which he arranged his Poor Room of Imagination. 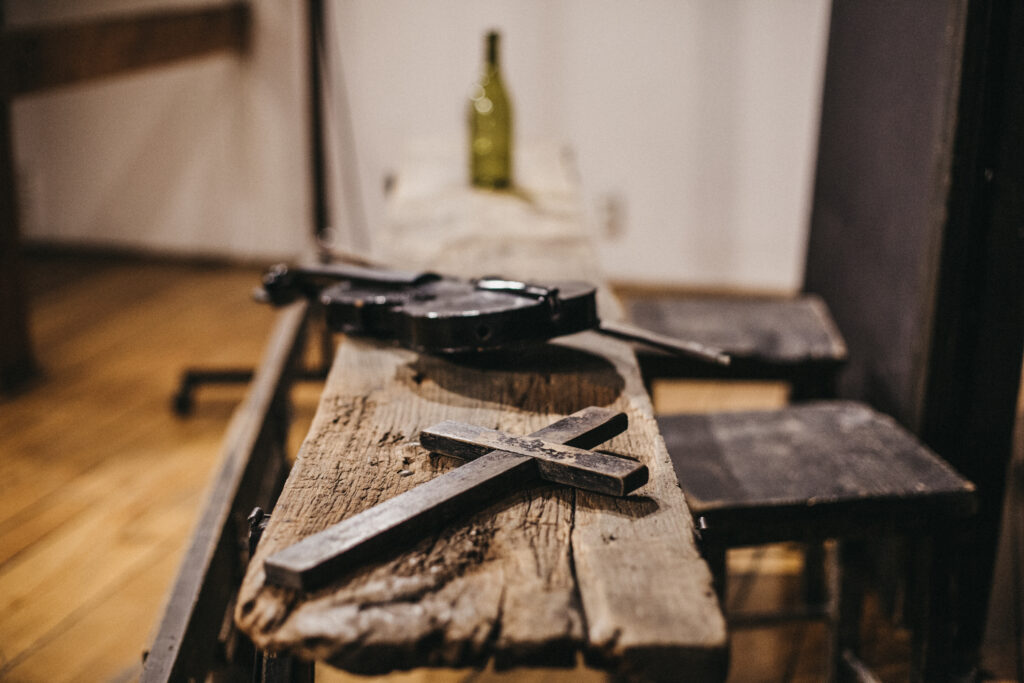 At the center of the exhibit is the “Family Image.” A Family Photograph comes to life inside it. It reconstructs an archival photograph set on the artist’s table at the edge of the stage, while simultaneously fulfilling the Birthday Toast immortalized on photographic film. What remains of the toast is a table on a trestle, a bottle, and a glass.

To the right is the “Infanta Picture” with the figure of the INFANT FROM THE VELÁZQUEZ IMAGE. She was dressed in the performance in a bodysuit and lace skirt put on a simple frame. Her final costume was created after Kantor’s death, based on his designs. In the exhibition, the Infanta’s “royalty and beauty” were replaced by a black lace costume, reflecting her solemn imprisonment and emptiness, associated with a mourning ceremony.

On the left side of the exhibition we find the “Self-Portrait Picture”, that is the negative of the artist’s figure with a caricatured, exaggerated way of being, equipped with the artist’s attributes. What remains of it is a framed chair and a painting palette.

The exhibition is accompanied by selected rehearsals of the performance “Today Is My Birthday” (realised by Marek Stefański).

The exhibition is the second proposal in the series of presentations of one object from the Cricoteka collection in Tadeusz Kantor’s Gallery-Workshop.