White as the Colour of Snow. Tadeusz Kantor and the Cricot 2 Artists. Rome 1979

In the year dedicated to celebration of the 100th anniversary of Polish avant-garde, Cricoteka wishes to focus on the exhibition of the work by Tadeusz Kantor and the artists associated with Cricot 2 Theatre that took place in 1979 at the Palazzo delle Esposizioni in Rome. The show was part of L’avanguardia polacca 1918–1978. S.I. Witkiewicz, costruttivismo, artisti contemporanei (Polish Avant-Garde 1919–1978. S.I. Witkiewicz, Constructivsts, Contempoary Artists), an exhibition organized by Ryszard Stanisławski and the Muzeum Sztuki in Łódź. The immediate impulse to recall those events was provided by hitherto unknown drawn plans of the exposition, kept in Achille Perilli’s archive. Kantor and Perilli – a Rome-born painter, drawer, theatre artist, publisher and researcher of avant-garde – first met in 1968 on the Yugoslavian island of Korčula when they attended a session on the art of mosaics. They soon developed an intellectual bond and lasting friendship. As a keen admirer of Kantor’s work Achille Perilli set out to promote it in his own country with a boundless zest. He also became – along with Konstanty Węgrzyn – a curator of the Rome exhibition, at which works by Maria Jarema, Maria Stangret-Kantor, Zbigniew Gostomski, Kazimierz Mikulski, Andrzej Wełmiński and Roman Siwulak were presented. The concept and arrangement of the show was designed by Tadeusz Kantor himself. The programme also featured a performance of the cricotage Where Are the Snows of Yesteryear. 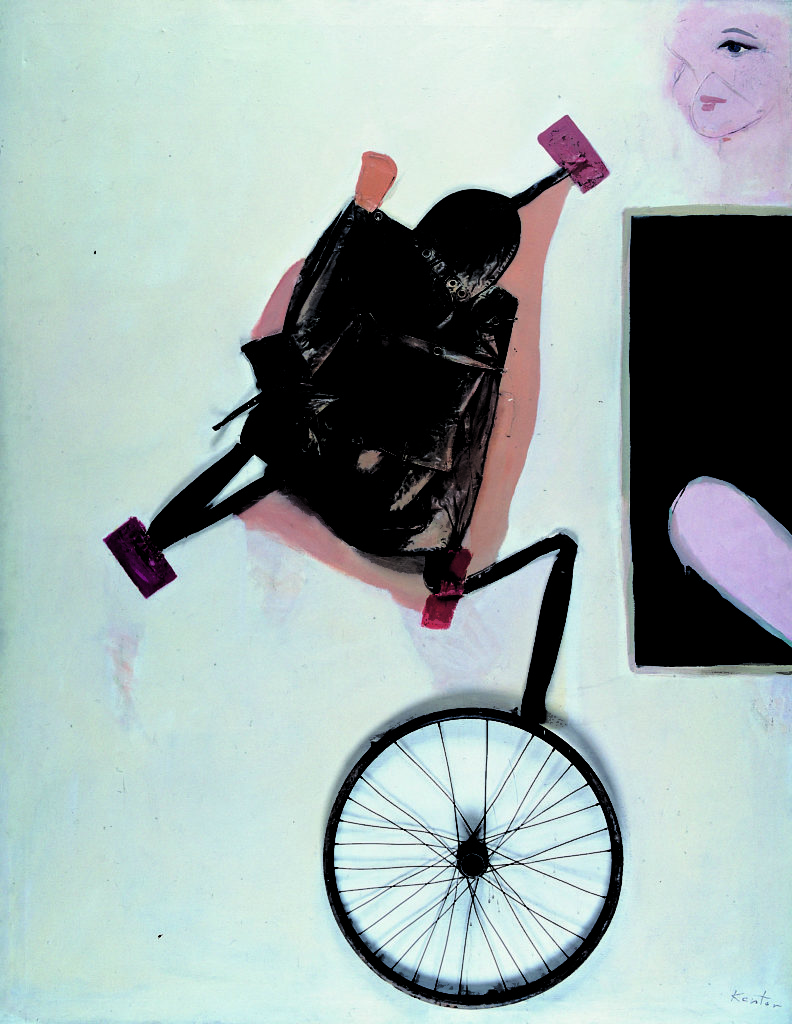 The organizers of the Rome exhibition counted Tadeusz Kantor and Cricot 2-related creators among the leading Polish avant-garde artists. Appreciating their gesture Cricoteka has decided to stage an exhibition inspired by the 1979 show, based on the plans of the previous exposition as well as photographic and film documentation. The Kraków display contains artworks selected from those exhibited almost 40 years ago in Rome. A different arrangement and new focal points reveal a fresh approach of the project’s authors to Kantor’s conception and establish new relationships between the works. How far was it possible to be faithful to the premises of the Rome exhibition; when and why did they have to be waived? By hosting this exhibition Cricoteka is paying homage to the creators of the show Le opere di Tadeusz Kantor. I pittori di Cricot 2. Il teatro, and at once constitutes a creative reworking of the diverse collection, attempting to view it from the perspective of today.

In autumn Cricoteka is going to put on a solo show by Achille Perilli, offering an exciting opportunity to explore the creative output of this Italian artist.

Tadeusz Kantor’s work is exposed in Cricoteka’s temporary exhibitions hall. The show begins with sketches made for the Rome exposition and a scale model of it, never put on display before. The artist drew the layout of particular rooms, including the positions of works on walls. These plans constituted the point of departure for the Kraków exhibition, highlighting its original idea and the development of authorial arrangement. In a way, they also uncover the key to the display of Kantor’s works in Cricoteka.

The works presented at the exhibition – both paintings and objects – exemplify consecutive stages of emballages which determined the artist’s creative practices from the mid-1960s. Emballages, or wrapping of objects, people, phenomena, or even memory, ensued from Kantor’s endeavours to transcend the Tachist matter of painting and the will to reach the essence of objects. Their fabric was the reality of the lowest rank and the gesture of packing, ranging “from the waste container to eternity”. First emballages include canvases with paper bags or envelopes glued to them; later on the artist introduces umbrellas and garments. He then proceeds to create conceptual emballages, wrappings hiding human figures, nonfigurative emballages and ones that use motifs typical of his work (e.g. objects stretching beyond the canvas). Some objects constitute neat packaging for the creator’s privacy, disclosing most intimate areas: the past, love, memories of the next of kin. According to the artist, wrapping should protect them against everything that comes from the outside, including death.

Kantor believed that it was his emballages that best represented avant-garde notions, or – actually – postmodern margins of the avant-garde. 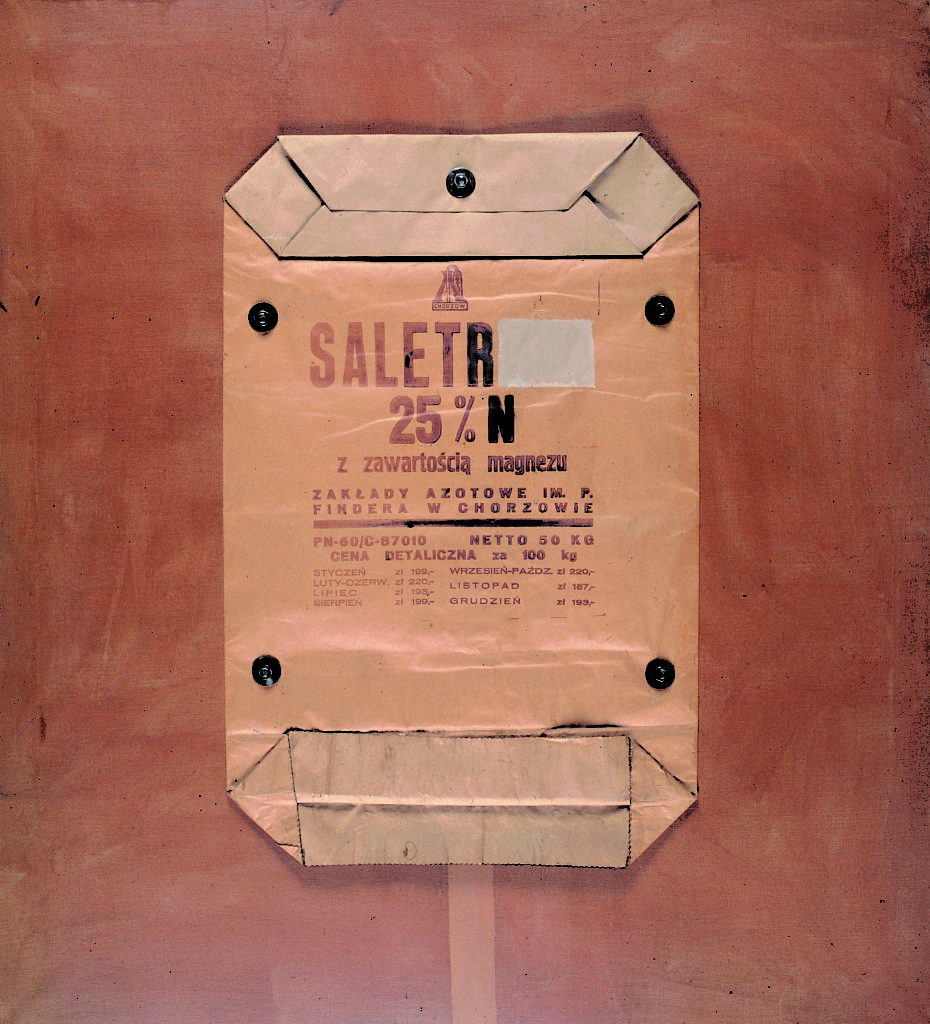 The theatre hall – adapted for exposition purposes for the first time – houses a selection of artworks by artists invited by Tadeusz Kantor to take part in the Rome exhibition. They were the co-creators of Cricot 2 Theatre and painters as well, and so Kantor referred to them as attori pittori (It. actors painters). They included: Maria Jarema, Maria Stangret-Kantor, Zbigniew Gostomski, Kazimierz Mikulski, Andrzej Wełmiński and Roman Siwulak. Although their painterly outputs were very diverse, it is fairly easy to name some common features. Without doubt, all displayed works fall into the category of neo-avant-garde and enter into a dialogue with the painting as a medium.

This exhibition provokes a search for common meanings and rejection of established opinions: about the artists and the relations between them, about Kantor’s work, displayed right behind the wall (at the Palazzo delle Esposizioni) or above (at Cricoteka), and finally about the phenomenon of Polish avant-garde. 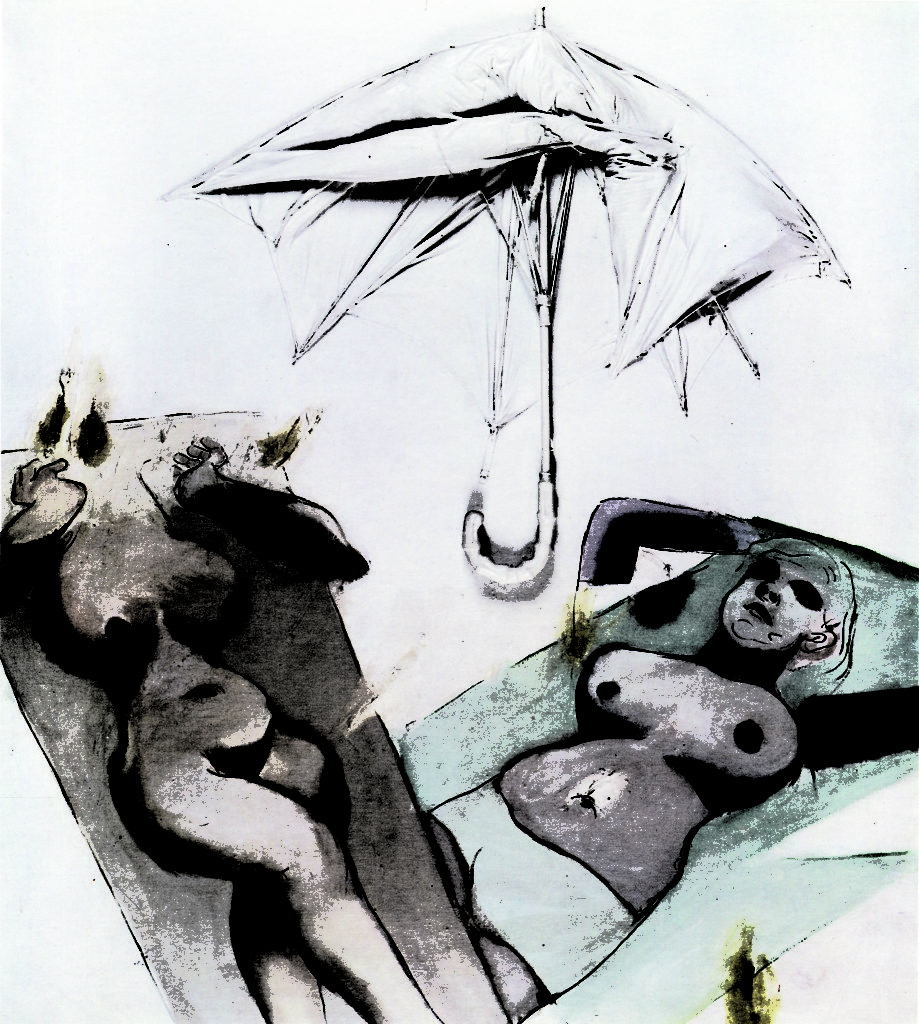 Two exhibitions, in Cricoteka’s foyer and in Tadeusz Kantor’s Gallery-Studio in ul. Sienna 7/5, show documentation of the artist’s solo work and his theatre. Visitors are able to view posters, photos and texts on canvas. The arrangement of exhibits relates to the way of presenting seemingly fleeting content, such as performances, actions, or happenings, that was characteristic of Kantor. They revise the very idea that governed expositions devised by the artist himself, including those that never took place.

A programme of related events (lectures, guided tours, educational meetings and workshops) as well as a book will accompany the exhibition.

The exhibition is part of the project Tadeusz Kantor and the Artists from the Cricot 2 Theatre Circle as well as Rome and New York Contexts of Kantor’s Presence, run by Cricoteka in 2016–2017.